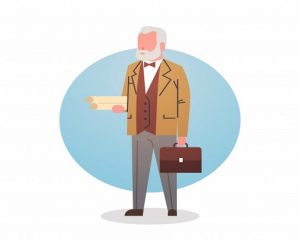 An eccentric philosophy professor gave a one question final exam after a semester dealing with a broad array of topics.

The class was already seated and ready to go when the professor picked up his chair, plopped it on his desk and wrote on the board: “Using everything we have learned this semester, prove that this chair does not exist.”

Some students wrote over 30 pages in one hour attempting to refute the existence of the chair.

One member of the class however, was up and finished in less than a minute.

Weeks later when the grades were posted, the rest of the group wondered how he could have gotten an A when he had barely written anything at all.

His answer consisted of two words: “What chair?” 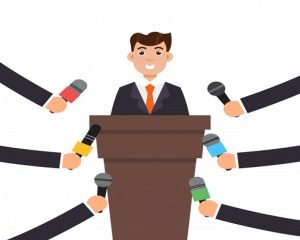 A famous car designer was about to retire at the age of 64 due to health concerns. For all his life, he had strived for perfection in his craft of designing cars, specifically for Kia. In each of his 32 models, he was instrumental in some innovation or vastly improved function.

He called for a press conference and he declared that he was releasing his last model, which would be the pinnacle of security and longevity. Reporting on his announcement, the stations decide to spice things up by claiming that he had announced a model that no one could damage.

Many took this as a challenge and took the simple route of posting pictures of dented hoods. Despite not having anything to do with the claim, the designer himself rose to answer this indignity! He designed a new chassis that would not be dented even in moderate collisions and released a limited edition variant of this last model.

This time the press doubled down on how invulnerable this 33rd generation model, version 2, was. Immediately people began posting images of shattered windows. He responded by releasing a new version with windows coated in a special polymer, which prevented the glass from shattering except during the worst of collisions.

This dance continued, each new iteration taking just over half a year.

He released version upon version to protect his pride.

As he approached the age of 70 he called for another press conference, hinting that this was to be the last work he ever did. This time around, the seats were packed with as many could fit within the venue. Entering to a standing ovation he looked a lot older than last time. Slowly he approached the podium, took a deep breath, and said only one thing: “No Kia 33 10 is indestructible!”

A State Government Employee sits in his office, and out of boredom decides to see what’s in his old filing cabinet.

He pokes through the contents and comes across an old brass lamp.

“This would look nice on my mantelpiece,” he thinks, so he takes it home with him.

While polishing the lamp, a genie appears and grants him three wishes.

“I wish for an ice-cold diet Pepsi right now!” POOF! A Pepsi appears before him on his desk, so he picks it up and guzzles it all at once.

Now that he can think more clearly, he states his second wish. “I wish to be on an island where beautiful nymphomaniacs reside.” POOF! Suddenly he is on an island with gorgeous females eyeing him lustfully.

He then tells the genie his third and last wish: “I wish I’d never have to work ever again.” POOF! He’s back in his government office. 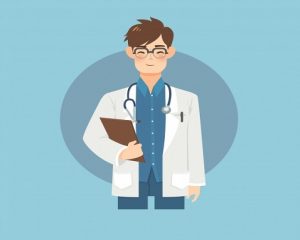 Johns tennis elbow was hurting one morning so he decided to go see the doctor. When he gets to the office he is asked to take a urine test. He complains about it but finally does it anyway. About 15 minutes later the doctor called him into the examination room. “Hey John, that tennis elbow is hurting?” Doctor asked. “Oh, the receptionist told you about it”? Asked John. The doctor says “No, no not at all. I bought a new urinalysis machine and it tells me everything.” “That’s bullshit” says John. The doctor assures him that it’s true and tells him to take some meds and come back in two weeks with another urine sample. The receptionist give John a specimen cup before he leaves.

Two weeks later John is getting ready to see the doctor but after telling his family about this bullshit machine they decide to play a joke with the old doctor. John pisses in the cup and so does his wife and teen age daughter, then he jacks off into it. As he is in the garage he puts a couple drops of oil from his dip stick into the cup and then shakes everything up.

He gets to the office and hands the specimen cup to the receptionist with a big smile on his face. This time it takes 30 minutes for the doctor to call him and the doctor looks very upset when he calls him. The second the get into the room the doctor says ” Alright Asshole, your daughters pregnant, your wife has VD, your cars about to throw a rod and if you don’t stop jacking off your tennis elbow is never going to heal” 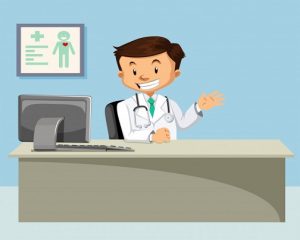 A woman goes to the doctor’s to have a strange mark on her tummy looked at. The doctor said, “Do you by any chance have a boyfriend who attends Wisconsin University?” Confused, the girl asks, “Why do ask?”

The doc chuckles, “I’m not just a doctor, I’m also an amateur detective. It looks like your lover likes to wear a sweater with the initial letter of their university emblazoned on the front. It’s mildly abrasive quality has been rubbing on your skin.”

“Well…” says the doctor. “Am I right, then? Do you have a boyfriend from Wisconsin?”

She smiles and explains, “Nope, but I’ve got a girlfriend from Michigan!”